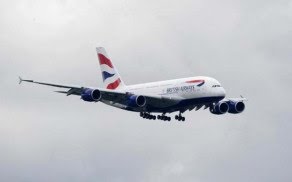 British Airways on Thursday announced it would restart flights to Pakistan after novel coronavirus cases gradually began declining in the South Asian country.

In a statement issued by the British High Commission in the capital Islamabad, the airline said resumed direct flights would take off three times a week between Heathrow Airport and Islamabad.

The first flight will land in Islamabad on August 14, the independence day of the country, taking extra precautionary measures for the safety of its crew and passengers.

"Today's announcement is another important step in reconnecting the trade ties and people-to-people ties between the UK and Pakistan," said the statement.

Due to Covid-19, passengers will be required to wear masks and will have access to hand sanitiser during the flight, while crew members will wear masks.

Christian Turner, the British High Commissioner in Islamabad, said the resumption of flights would be important for links between the UK and Pakistan.

In September 2008, the airline had suspended operation in Pakistan following a suicide bombing at the Marriott Hotel in Islamabad, killing at least 60 people and wounding more than 260.

However, after the outbreak of the coronavirus in the country, the Pakistani government in March suspended all international flights to the country, only allowing them to restart on June 24.

Coronavirus cases in Pakistan began declining last month, with Thursday seeing 1,114 new cases in the past 24 hours and total infections at 277,401.

You must log in or register to reply here.
Sponsored Link