Extremely well said - Shabash Fawad Chaudhry! Maza agaya. do you have a link to this full event?
J

We need more strong moral stands like this one.

But sadly this government caved in to pressure from government officers and big businessmen. Both of these looted Pakistan and wants to keep looting us more.
M

I found a slightly longer video clip from the event:

Walter said:
I found a slightly longer video clip from the event:

Very interesting...I must say, Fawad can take and give crap

Who's the old hoe sitting with fawad?.

Information Minister Fawad Chaudhry on Sunday suggested that Pakistani media houses revamp their revenue models to maintain their independence and "mentally prepare" for the future when technology will change the way television and the news are consumed by audiences. 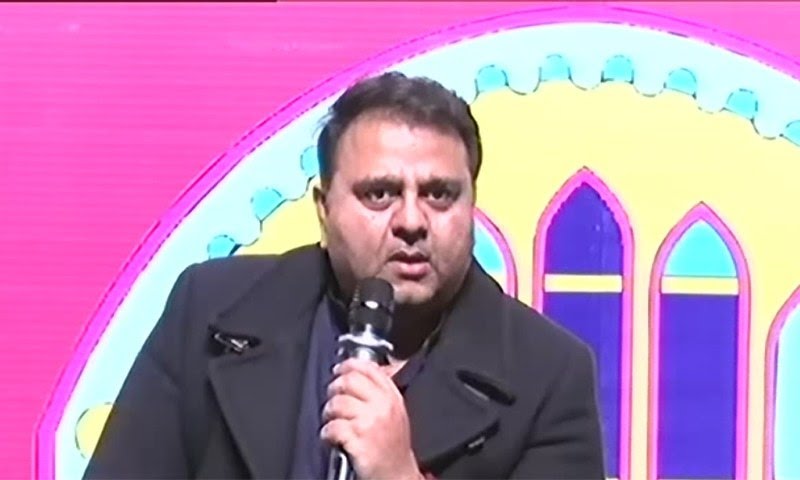 The information minister told participants at the third ThinkFest at Lahore's Alhamra Arts Council that whenever he told media houses that their revenue models "won't work", they get angry at him.

Chaudhry used the sale of Pakistan Super League's broadcast rights as an example to illustrate large costs to the media incurred by various events. He said that If the Pakistan Cricket Board sells the rights for $30 million, the total budget will probably end up in the vicinity of $45m "because the advertiser has to earn something as well".

"If there are elections in India in May and there is a Pak-India series here, then a large chunk of advertising expenditure will go to sports," he said, giving another example of a possible expense that could be faced by media groups.

He observed that big advertising budgets had been shifted from news to entertainment by media groups.

"It is not in the interest of Pakistan to subsidise the news media. They must have a vested interest in the Pakistani economy," Chaudhry said. "News channels across the world don't build their models on the basis of the government," he added.

"Is the government your saviour or client? If I am your saviour, then how will the media be independent?" he asked.

The information minister complained about how print media and the Cable Operators' Association take issue with his statements when he warns them that digital media and modern technology are outstripping them.

"For cable, this is also the last five to seven years," he predicted, adding that although he is not responsible for the advances in technology, he is accused of "scaring" the media and cable service providers.

"But technology will take over print media and television media ─ in different forms ─ so you will need to prepare mentally," he warned.

"Our contribution is that we're building a modern university to impart new skills so that our students are apprised of modern media trends," he said, explaining the steps the government is taking to stimulate the industry.

Earlier this month, the All Pakistan Newspapers Society (APNS) had criticised Chaudhry's observation that the future of print media in Pakistan is bleak.

The APNS had said that print media is presently facing financial difficulties due to the policies of the government that "intends to control the media and to silence the dissenting voices".

The APNS had reiterated its resolve to fight against adverse conditions and ensure that print media braves the crisis.

I love Fawad Chauhdry, he never compromises on his principles and we should all believe him.
N

I love Fawad Chauhdry, he never compromises on his principles and we should all believe him.
Click to expand...

Quaid-e-azam was also once in Congress bhai. There is no point in discussing this. He was in PPP for like 1 year only. Yes if he has done any corruption himself then enlighten us otherwise stop living in the past.
K