Former ISI Chief hitting out at Imran Khan on BBC...

So is he noora ? Patewari? Crook? Intellectually dishonest ?Or is he with modi?

Thanks India for providing me this platform which I don't get in my own country!!!
Last edited: Dec 4, 2020

Islamabadiya said:
So is he noora ? Patewari? Crook? Intellectually dishonest ?Or is he with modi?
Click to expand...

He is an attention seeker! All he is interested in doing is to sell his book by making controversial statements. Another begharet from what I can see!
Last edited: Dec 4, 2020

Islamabadiya said:
So is he noora ? Patewari? Crook? Intellectually dishonest ?Or is he with modi?
Click to expand... 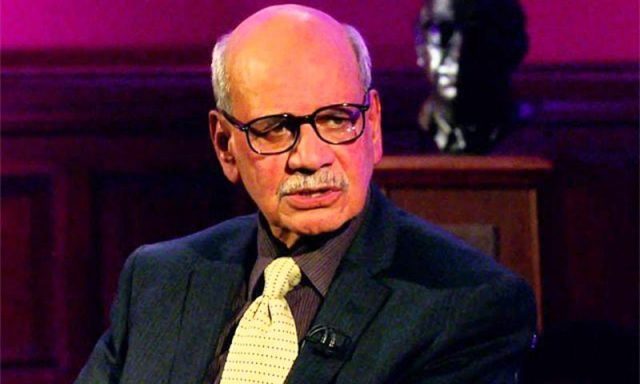 His love for India is no less than that of Nawaz Sharif!!!
K

IJI manufacturer is having trouble believing army is hands off now. This crying and sobbing will continue in opposition sectors for some time to cmoe.

When was the last time Asad Durrani did something good for Pakistan? These are the corrupt Generals in Pak Army brought corrupts in power.

Hmmmm. Another back-seat driver. Thinks he is wise!

The world has ONLY been changed by BRAVE men not the wise one.

IK is both brave and wise. Cricket is a funny game after all. It has provided Pakistan with a prolific leader!

One reaches the top not by being wise only but also guts and determination. We as Pakistani have lost all until IK started delivering the message of service and humanity. Only he has the conviction when he says Ghabrana Nahi Hai as he believes in it. He is making a new start
for Pakistan so let's stand behind him. AMEEN

desan said:
Nawaz is considered by many to be the political protege of Durrani. Durrani was the ISI chief at the time when the IJI was formed with the connivance of the intelligence agency. Many observers cite that Durrani’s attempt to leave the country is actually an attempt to leave the country just as Gen Pervez Musharraf did to escape punishment.

means which Imran regime (mushy not coming back) fully support,

what you guys saying about Durrani, you might be saying the same about Faiz in 5-10 years from now that how one rogue officer brought pti to power

Okara said:
When was the last time Asad Durrani did something good for Pakistan? These are the corrupt Generals in Pak Army brought corrupts in power.
Click to expand...

This BC is retard, behind IJI and many other bulsshits in Pakistan
R

Asad Durrani… is a doubtful man. He is a close friend of Ex RAW chief, A. S. Dulat.
What is Surprising… is most of his comments in the interview were against the interest of Pakistan such as…

In his view India is no more a threat for Pakistan (how funny he is giving clean chit to the biggest enemy of Pakistan) When only week ago Pakistan has published a Dossier on irrefutable evidence of Indian state sponsored terrorism inside Pakistan for the last 10 years.

Durrani was against the merger of FATA with KPK. Whereas it was known to all that merger was the most important step to stabilized FATA which was a safe haven for terrorists.

He was against the idea of making Gilgit a province. India is strongly demanding the same.

Referring to Imran Khan, he said that "there was an impression that he had come to power with a heavy burden".
This is a PDM & Indian narrative, a propaganda against an honest & true patriotic PTI govt (which is successfully exposing Modi & its resist-fascist policies) & the Army to undermine its credibilities. And glorify the narrative of PDM & India.

When Durrani was endorsing the Indian-PDM narrative of a rigged Election of 2018, Stephen Sackur of BBC in Hard Talks… .proved on the face of Ishaq Dar that 2018 Election was one of the most Fare & Free Elections in Pakistan which was certified by EU Election Observation Mission EOM in 2018.

Look at the ISPR twitter: "Lt Gen Asad Durrani, Retired, being called in GHQ on 28th May, 2018. Will be asked to explain his position on views attributed to him in the book 'Spy Chronicles'. (this book was co authored by him & Indian ex RAW chief A.S.Dulat)
Attribution taken as violation of Military Code of Conduct applicable on all serving and retired military personnel."

"Durrani, who headed the Inter-Services Intelligence (ISI) agency from August 1990 till March 1992, along with former RAW chief A S Dulat published the book titled 'The Spy Chronicles: RAW, ISI and the Illusion of Peace' in India"..

So it is clear now Durrani wanted to kill two birds in one stone..Pak Army & Imran Khan.
Last edited: Dec 4, 2020