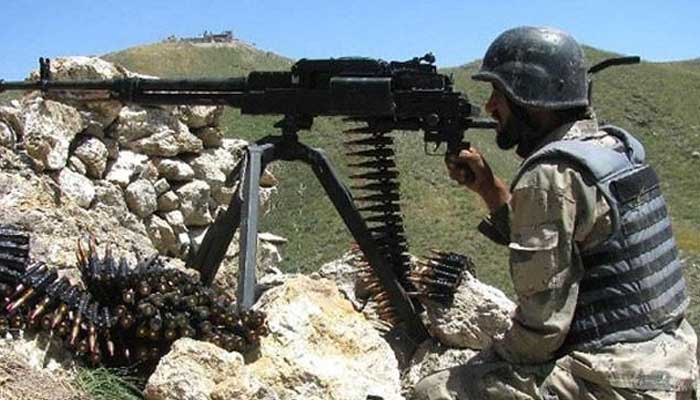 Safiullah hailed from Mir Ali and was involved in the murder of four women who belonged to a non-governmental organisation, said the military's media wing.

Safiullah was also involved in the target-killing of Federal Works Organisation (FWO) engineers, confirmed the ISPR, adding that he had also conducted IED attacks on security forces and was planning attacks on them.

The notorious TTP commander was also involved in kidnapping for ransom, extortion and other offences.

Weapons and ammunition in large quantities were obtained from the notorious commander, said the ISPR.

Three terrorist organisations are still operating in Afghanistan against Pakistan, Prime Minister Imran Khan said last week, after the Taliban had assured the Afghan soil would not be used against any state.

Addressing a joint press conference along with Tajikistan's President Emomali Rehman in Dushanbe on Friday, the prime minister had said he will try to convince the Afghan Taliban as there were concerns about the situation in Panjshir.

He added that Pakistan and Tajikistan wanted the issue in the valley to be resolved through talks. On the other hand, President Emomali Rehman had said that he will use his influence in bringing the Tajik leadership of Afghanistan to the negotiating table to resolve their differences peacefully.

The premier had said that peace in Afghanistan is in the interest of not only Pakistan and Tajikistan but also the entire region.