Ch. Family,What a wise family! They split themselves on both side, who ever is in power , they wouldn’t miss power corridors.

Allah's curse on them. 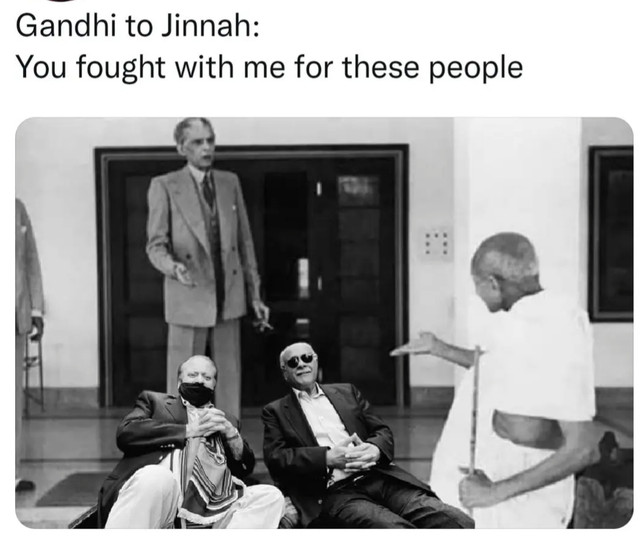 dictators are on our country. Jehad is necessary
R

Because he is front man of Chaudhry family

the truth is,
Baba-e-qom was complaining that, why gandhi expended his trash on to his door step?
gandhi replied,
this is from your own country.

Chaudries of Gujrat is a classic story of Rags to Riches.
I know this family first-hand and can tell you many many stories going back time of grandfather of Ch Shujahat Hussain.
Ch. Zahure Ilahi was a mere constable at a local police station, his father was a household 'mulazam' for this family in Gujrat, I heard that myself from the horse's mouth.
A funny story I heard from this guy of that era , who was trying to convince one of this close friend not to commit robbery/theft etc ... but his argument was that nothing will happen to him since he has this 'parchi' that will keep him shielded from The Law. It turned out that 'parchi' was from Constable Ch Zahure Ilahi , addressed to local police not to arrest this individual and contact him instead :)
Ch. Wajahat Hussian was/is old school Ghunda/Badmash , his role in the family was to control all the criminal gangs in the district of Gujrat/Mandi . So many murders and what not has been blamed on Wajahat going back decades.
Monis Ilahi was a bit different but he has always been overshadowed by Ch. Shujahat Hussain, a public face for the family.
In a nutshell, this family's life have always been in 'establishment' , they will exist as long as criminal elements in 'establishment' exist. Get rid of that mafia and this family will vanish overnight.
You must log in or register to reply here.
Share:
Facebook Twitter Reddit WhatsApp Email Share Link
Sponsored Link