Last edited by a moderator: Friday at 9:27 AM

It won't make any difference. They all protect the corrupt.
R

Wake up Pak said:
It won't make any difference. They all protect the corrupt.
Click to expand...

Wake up Pak said:
It won't make any difference. They all protect the corrupt.
Click to expand...

Not justice Bandial. He is not a Patwari

arifkarim said:
Not justice Bandial. He is not a Patwari
Click to expand...

I sure hope so 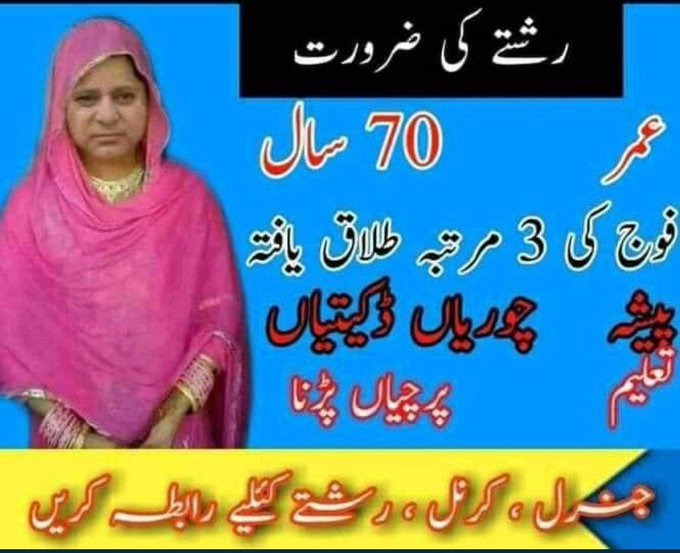 arifkarim said:
Not justice Bandial. He is not a Patwari
Click to expand...

But he is a boot Polishyea...

ihsanullah said:
But he is a boot Polishyea...
Click to expand...

"Tabdeeli" changes Witnessed in COMSATS University under Minister for Science and Technology Shibli Faraz-Ahmad "blue eyed" student of the incumbent Rector COMSATS University Islamabad Dr.Tabassum Afzal was allowed to take the exam paper behind closed doors 3 hours before the commencement of actual paper. The exam was taken by the female student in a hushed up environment and every effort was made to keep the matter veiled. Before we proceed further it is noteworthy to mention here that Mr.Tabassum Afzal was appointed rather "selected" as the Rector of the COMSATS University Islamabad after keeping the former Chairman Higher Education Commission Dr. Hamid Mukhtar out of the reckoning for the position of the Rector according to a premeditated plan. The founding Rector Comsats Dr.S.M.Junaid Zaidi envisaged a University with no set of rules wherein he could indulge in massive corruption and get away with it with impunity. The paper of the subject Zoology Part 1 was scheduled to be held on 7th January, 2022 at 3pm. However one girl was invited at 12 pm (3 hours before the scheduled time) and was allowed to solve the paper of Zoology. In the COMSATS University that works under the Ministry of Science and Technology led by Federal Minister Shibli Faraz, this kind of lewd and despicable behavior is becoming a norm. Mr.Shibli Faraz is the 1st Pro-Chancellor of the Comsats University Islamabad. According to our sources this undue and unjust favor was given to the girl by the head of Department Dr.Qaiser Fatimi. The instructor of the course Dr.Kamran Naqvi even sent an email to Dr.Qaiser apprising him of the entire episode but since he was himself culpable of this crime he chose to ignore it. An email in this respect was also sent to the "dummy" incumbent Rector by Dr.Naqvi but the "dummy Rector" turned a deaf ear to this brutal and blatant violation of merit.Dr.Naqvi who deserves a round of applause for his brave stance against this corrupt practice of giving undue favours to certain students. The serious allegations against Dr.Qaiser were further corroborated when Dr.Naqvi discovered that the seriel number of the paper of the girl was different from the seriel number given to the remaining students.Sources have told "the post" that the dummy incumbent Rector Dr.Tabassum Afzal remained outside the country for 3 weeks without seeking prior approval from the Ministry of Science and Technology and kept on running the 7 campuses ( plus one additional Virtual Campus) via virtual meetings on Zoom. The dummy incumbent Rector hired the services of the fake Additional Registrar to make this happen. The lecturer turned additional registrar Mr.Naveed Ahmed Khan in collusion with Director to Minister of Science and Technology Shakeel Arshad was able to keep the matter under the table thus giving the dummy incumbent Rector full freedom to enjoy his vacations in Canada and at the same time draw salary for the said period.This is not the first time that the dummy incumbent Rector has enjoyed the salary and perks for the period in which he remained absent from duty. Prior to this the dummy Rector took leave of 28 days and spent more than a month abroad. In order to regularise his "extra leaves" the dummy incumbent Rector Dr.Tabassum Afzal submitted an application before Ministry of Science and Technology for subsequent approval of the President of Pakistan and Chancellor Comsats University Dr.Arif Alvi.However even after submitting the said application the dummy incumbent Rector remained absent for further 21 days which is shocking beyond imagination.It was fake Additional Registrar Naveed Ahmed Khan who managed to keep the matter pertaining to Rector's absence in secrecy. He was cunning enough to keep the matter shrouded and wouldn't let higher authorities take serious notice of