Will be thrown out of SC registry, since there's no foundation..

article 6 for what? govt is releasing secrets not IK 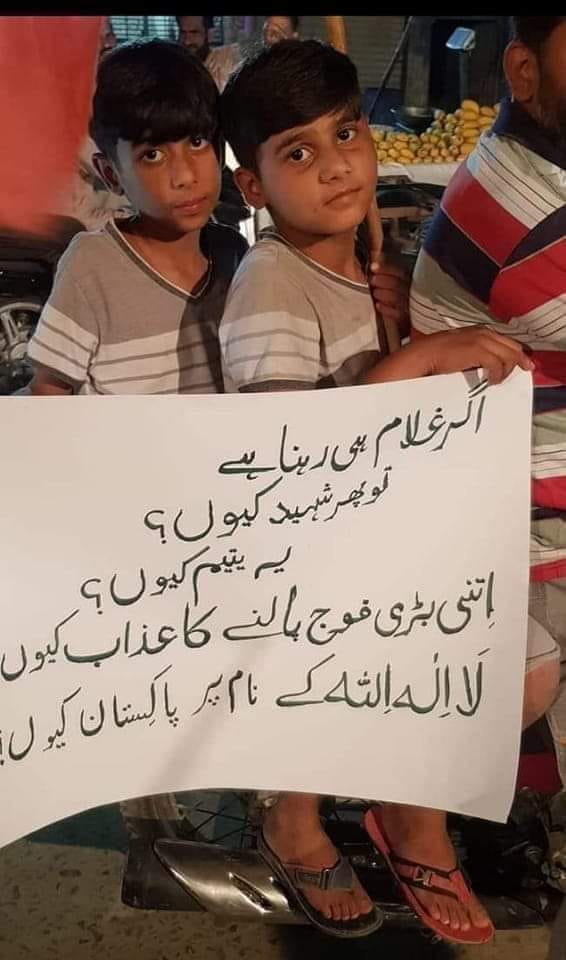 ‘Disturbing & Serious
The enemies of Pakistan, the imbecile compromised Dollar Generals and the Satanist judiciary of Pakistan.
*Saeed A. Malik.* a veteran & son of Lt Gen Akhtar Malik

The high noon of decision making in Pakistan is upon those who have created the present disaster. Instead of expending their pitifully inadequate energies, trying to apply meaningless stitches to mend the huge crisis they have created, the Generals need to sit together and answer one fundamental question: i.e ARE THEY WILLING TO DEPLOY THE ARMY TO KILL THE PEOPLE OF PAKISTAN?

Within four weeks they will have to answer this question. Instead of fumbling, drawing the blood of the people they are paid to defend, and wetting their own trousers in the process, they need to take this decision well in advance of H-hour.

The decision of each General ought to be recorded with the sure knowledge that silence on this question will be viewed as complicity in the destruction of Pakistan.

If they decide that the army will not be deployed against their people, they need to announce the date for immediate elections, and give their solemn undertaking that these would be fair.

They must not allow the gathering resentment against them to become a tornado. They must immediately stop micromanaging issues of huge moment. They must anticipate where events are leading, and be prepared, at long last, to act in the best interests of the country. Period.

With each passing day speculations dividing the country are on the increase. That it was a conspiracy which ousted Imran Khan is not in doubt among the huge majority of the people which includes their brothers clad in khaki. The speculation now is whether the conspiracy began with Donald Lu who brought the twelve rotten eggs together, or was it someone who entered the haloed portals of GHG to initiate the rot!

If elections are announced immediately it will end all speculation, and attention will be diverted to the polls.

This must be done to save that bit of credibility which the senior brass of the army still retains.

P.S. It is amazing that Imran Khan's incompetence and arrogance are being cited for his ouster, while his unprecedented support among the people continues to stun those who pulled all the strings. But IK is far outdone by the arrogance and incompetence of the army high command which entirely missed the one point on which there was complete unity among the people and the armed forces of Pakistan i.e they both wanted the theives and the dacoits put behind bars and the stolen assets recovered.

And the Generals instead went and joined these very fraudsters and handed us over to them as if we were a herd of cattle! And now they are stunned at the massive wave of resentment against them which has turned into a tsunami of support for Imran Khan!

They lost the humility to look at what was brewing under their very feet. Was arrogance ever more blatantly manifest than this?
NOTE
EVERY READER IS ENTITLED TO FORM HIS OWN OPINION .. I AM FORWARDING IT FOR ACADEMIC READING’
Z

.. Fareeha,get serious..This criminal gang of matric failed Shareef gutter born viruses will charge my PM IK WITH ARTICLE 6?
The Tawaif of Punjab and her family will be burnt alive.
R

If we see the nature of allegations leveled at IK in recent past months, article 6 is most likely the next tool against Imran khan.