Yes that’s because we lack in economic and technological might, which is the result of centuries old lack of forward vision among forefathers of Islamic nations.
A 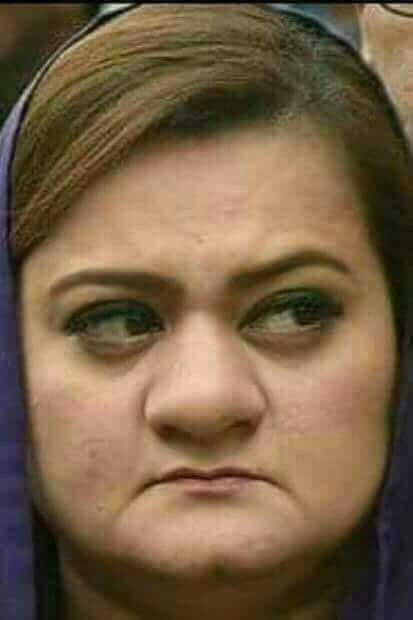 We should see ourselves, we allowed people like dengue brothers and zardari to rob us and they put daily rockets in us. What did we do? make them win by-elections.

We should see ourselves, we allowed people like dengue brothers and zardari to rob us and they put daily rockets in us. What did we do? make them win by-elections.
Click to expand...

And system of appointing such people would have started decades ago, probable centuries, last few Mughal emperors would have downed because of lack of vision, merit and intensity.
muslims haven’t produced much of significance from centuries I think. If it want for few musicians, poets and thinkers of the past, there wouldn’t be much to cheer about.

Are u sure there are ponay do Arab Muslim?

So learn something from them and see why they are so successful. Instead of following dungar moulvis all the time

Actually Arabs are busy in protecting and prolonging their monarchies and dictatorships, that's why don't have time for common arabs and we stupid people are asking them to help us on Kashmir. Nothing will happen except shedding crocodile tears from OIC platform.
H

No, because we lack of rundi ronna.
best rundi rona we had, we have exported to uk.
and the raytheon iron dome only looks dramatic.
if these cheap hamas rockets, which u actually don't see in the video,
are fired at same pace for next 3 nights, israel would be bankrupt in the upcoming week.
H

excuse the word rundi rona.
the later "rona" part has been exported,
the former is left behind.

Muslims remained a great power in this world for almost a thousand years. No nation was able to compete with them with regard to knowledge and wisdom, political acumen, and affluence. They reigned over the whole world during this period. This kingdom was given to them by God and it was God who took it away from them. The law of God regarding the rise and fall of nations is that for its rise He selects whichever nation He wants to according to His law of trial; however, once He selects a nation to elevate it, He only changes this state of that nation when that nation itself falls in decadence with regard to scientific knowledge and morality.

Muslims are also faced with another scenario. By origin, most of them have been Arabs. Arabs are mostly the Ishmaelites and about the Ishmaelites, it is known that they are the progeny of Abraham (sws). Hence they face the established practice of the Almighty that is mentioned by the Qur'an for the progeny of Abraham (sws). As per this established practice, if they adhere to the truth they will lead all nations of the world and if they deviate from the truth they will be deposed from this position and will have to face the punishment of humiliation and subjugation.

Hence if Muslims are afflicted with this punishment, then this is neither a haphazard incident nor is it the result of some conspiracy hatched by others, as is generally alleged by our religious and political leaders. Behind this punishment are specific reasons. The divine law of rising and fall of nations is the cause of this punishment. If this punishment and humiliation are understood in the light of this divine law, three causes for the downfall of the Muslims can be pin-pointed:

Firstly, Muslims were entrusted with the Book of God. It is not merely a book. It is the yardstick of God revealed to decide between truth and falsehood. Muslims should present all their religious differences before it and whatever verdict it gives, they should accept it without any hesitation. It should be the basis of their beliefs and deeds. It should be the source of all matters relating to faith and shari'ah. Every research, every opinion, and every viewpoint must be kept subservient to it; so much so, even the words of the prophets of God should not be considered authority over it. On the contrary, it should be regarded as having authority over everything. Unfortunately, since the past many centuries Muslims have not been able to confer this status on the Qur'an in their beliefs and deeds. Hence, as pointed out by Allamah Iqbal:

(You are in a state of humiliation because of leaving aside the Qur'an.)

Secondly, this world is a place where harnessing potentials produce results. These potentials can be harnessed mostly by having skill and expertise in scientific disciplines. It is this skill through which man can access the treasures which God has concealed in the heavens and the earth. History bears witness that the life and death of man is mostly dependent on the competence he has in these disciplines, what to speak of rise and fall of nations. From the discovery of fire to the invention of the wheel to the astounding advancement and developments of the modern era this fact can be read in every page of history. Though Muslims did show interest in these disciplines yet their intelligentsia mostly engaged themselves in the study of philosophy and tasawwuf, though this was not the least required. The Book of God had already been revealed with answers to questions which philosophy and tasawwuf grapple with. Avid interest in these disciplines made Muslims oblivious to both the Book of God and scientific knowledge. Our age-old religious seminaries are still teaching various aspects of philosophy and tasawwuf that can be called the best examples of useless knowledge ('ilmuṇ la yanfa'u). Thus we can see how far the world has advanced while Muslims gaze in wonder at these advancements.

Thirdly, Muslims have shown utter indifference to their moral instruction. It is as a result of this disregard that lying, dishonesty, embezzlement, theft, fraud, adulteration, devouring of interest, deceit in weighing, false accusations, breaking promises, involvement in occult disciplines, labeling one another with disbelief and defiance, worshipping graves, polytheistic rituals, detestable forms of entertainment and other similar crimes are so common in their societies that one is struck with wonder. It was these wrong-doings of the Israelites on the basis of which the prophets of God cursed them and they were eternally deprived of God's mercy.
A

It is not about science and technology, in this case...it is about will and courage...cowardice has taken over us, all...
S

This is a form of Azab-e-ilahi. For the last 20 years I am hearing this that we are behind in science and technology, we have corrupt leaders, jew are too smart, we are corrupt etc etc. All good chit chat. Have we tried to change this or waiting for the Mesahia to come and fix it. This is the same thing that Bani Isral said to Prophet Moses. Every time they are in trouble they will ask Moses to ask his God to help them. After several chances Zillat and Maskinat was put on them.
Now we are same. we talk with no action. Change your self. Build a business, invent something and then blame the whole nation. I am not just doing talking. Allah knows what I am saying I have implemented in my life first. I have set goals. I do not waste time watching TV. I run multiple efforts hoping one of them will become fruitful.
A

Well the world rewards the one that contributes the most. While we can't even figure out the moon, they've been on moon 50-60 years. I recently had to get a vendor for cybersercurity and telecom . We went through 10 and each of them was Israeli based. They've done really well
X

6 days war main moonh kala kara to lia hai ab aur kia chahtay ho bhai?? Sab maar khayen?
The moment one Muslim country make a move the very moment NATO, US will treat them as nazi Germany.
Best is to educate and compete to catch up and unity. Otherwise we will keep losing inch by inch like kashmir and palestine.
You must log in or register to reply here.
Share:
Facebook Twitter Reddit WhatsApp Email Share Link
Sponsored Link