Imran Khan fully stands behind the Coercive Diplomacy against Saudia!!!

The Foreign Office on Thursday defended the ‘controversial’ remarks of the foreign minister about Saudi Arabia-led Organisation of Islamic Cooperation (OIC), saying his statement was a reflection of people’s aspirations and expectations from the OIC to raise the Kashmir issue internationally.

Speaking at a weekly press briefing, the outgoing Foreign Office spokesperson Aisha Farooqui said the people of Pakistan had more expectations from the OIC and would like it to play a leading role in raising the Kashmir issue internationally. “In this regard, our efforts will continue and we hope there will be further forward movement,” she added.

Ms Farooqui said Pakistan was a founding member of the OIC and had longstanding fraternal and cooperative relations with OIC member states.

She said Kashmir and Palestine were two key issues on the agenda of the OIC since its inception. “The OIC has consistently supported Pakistan on Jammu and Kashmir dispute. The OIC Contact Group on Jammu and Kashmir established in 1994 is a manifestation of this consistent support and has actively contributed to the advancement of the Kashmir cause.

Since August 5, 2019, Pakistan has closely worked with the OIC secretary general and other brotherly countries of the OIC. Three meetings of the OIC Contact Group on Jammu and Kashmir have been convened during the last one year, two of which were at ministerial level, and they issued strong communiqués deploring grave violations of human rights in India-held Jammu and Kashmir, demanding India rescind its illegal and unilateral actions of August 5, 2019, and calling for resolution of Kashmir dispute in accordance with the United Nations Security Council’s resolutions.

About Pakistan’s relations with Saudi Arabia, Ms Farooqui said the two countries had strong historic and fraternal relations. “The people of Pakistan have deep respect for the custodian of the two holy mosques. Pakistan remains deeply committed to sovereignty and territorial integrity of Saudi Arabia. The landmark visit of Crown Prince Mohammad Bin Salman in February 2019 further cemented our close brotherly relations and charted new avenues of cooperation in trade, investment and other fields,” she said.

In reply to a question, she said that Foreign Minister Shah Mehmood Qureshi’s remarks that Pakistan expected a meeting of OIC Council of Foreign Ministers and if it was not convened, he would be compelled to ask Prime Minister Imran Khan to call a meeting of the OIC countries that were ready to stand with Pakistan on Kashmir issue were not against diplomatic norms.

She was also asked to explain possible impact of the remarks on Pakistan’s relationship with Saudi Arabia and other Arab countries.

Another questioner referred to the FM’s remarks that Pakistan would move forward with or without Saudi Arabia on Kashmir issue and asked if it was a political statement or the official position. The spokesperson replied that Pakistan and its people had more expectations from the OIC than from any other international organisation because of deep-rooted and fraternal ties with OIC member states and the OIC itself.

Answering a question about the Islamabad High Court’s directive to the federal government to give another chance to India and its spy Commander Kulbhushan Jadhav to appoint a counsel for his case, she said the Indian side had been contacted through diplomatic channels and conveyed the same. However, a response is still awaited.

Answering a question about the release of new political map of Pakistan, she made it clear that it was not in contradiction with Pakistan’s stated policy.

“This is a political map as opposed to the administrative map that we are more familiar with. There was a need for the political map which has been fulfilled on August 4. Pakistan’s stance on Jammu and Kashmir is anchored in the UN Security Council resolutions under which we await final settlement of this dispute in accordance with UNSC resolutions and the aspirations of the Kashmiri people. There is no change in our principled position”.

On August 4, she said, Pakistan issued a political map depicting its long standing and consistent position on Jammu and Kashmir, anchored in the UNSC resolutions and stipulating that the accession of the state would be through a UN-supervised plebiscite. “Pakistan’s political map firmly rejects the political map issued by India after August 5, 2019, making false territorial claims, including on Azad Jammu and Kashmir and Gilgit and Baltistan.”

The FO spokesperson categorically rejected the statement made by the Indian Ministry of External Affairs on Pakistan’s political map. “India cannot create a smokescreen for its illegal and unacceptable actions in occupied Jammu and Kashmir, including those taken since August 5, 2019. It is preposterous for a country that is compulsively expansionist, and a brazen practitioner of state-terrorism, to level charges against others,” she said.

She said the fact that on three occasions in one year the Kashmir issue had been discussed in the Security Council negated the failed Indian assertions that it was only a bilateral issue.

Meanwhile, the Pakistan Muslim League-Nawaz (PML-N) has denounced what it called ‘irresponsible’ remarks by the foreign minister about brotherly country Saudi Arabia.

In a statement issued after a joint parliamentary party meeting of the PML-N with its president Shahbaz Sharif in the chair, the party’s secretary general Ahsan Iqbal said Pakistan and Saudi Arabia had historic and strategic relations and Saudi Arabia had always stood by Pakistan in testing times. He said the irresponsible statement about a friendly country was worst kind of diplomacy. He accused the government of “playing with” vital interests of the country 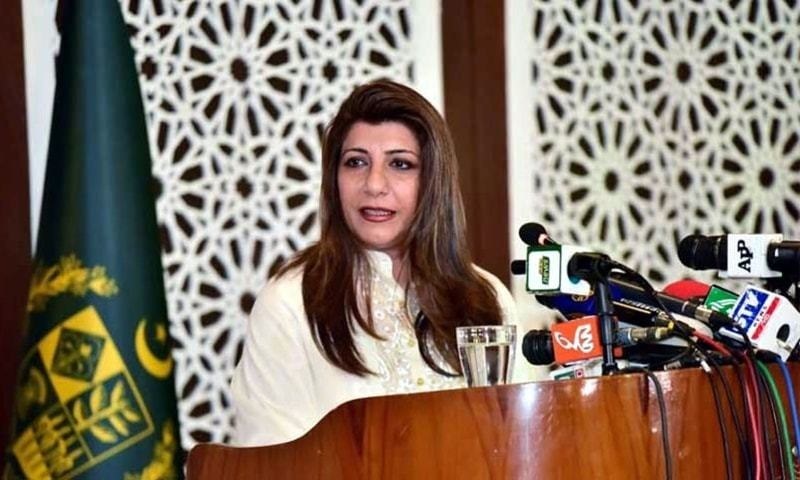 KSA is playing the role of illiterate and hypocrite Mullahs (Fazlu, Siraj, etc) of this country in leading the OIC...

Only Imran khan have never to do that. Saudia and all other islamic Umma slave of hindo they never go against india and help Kashmir issue. now is time pakistan should change his policy .

Muskerahat said:
Only Imran khan have never to do that. Saudia and all other islamic Umma slave of hindo they never go against india and help Kashmir issue. now is time pakistan should change his policy .
Click to expand...

These snakes against "ummah" will be slithering back to OIC to support Pak's narrative against India as Khan has left no place for them to hide.
Last edited: Aug 7, 2020

Your support for corrupt and immoral regime of KSA makes total sense as they provided a refuge to a well known absconder of Jati Umrah!!!
Last edited: Aug 8, 2020

desan said:
Your support for corrupt and immoral regime of KSA makes total sense as they provided a refuge to a known absconder of Jati Umrah!!!
Click to expand...

This is the footage of long time ago when Pak was looted, plundered and bankrupted by none other than by "Ya Miskeen Al Nawaz Sharif" and was dependent on the bail out from IMF and other wealthy countries.

Now the economy has stabilized and we are free to chart an Independent Foreign Policy!!!
Last edited: Aug 7, 2020
R

desan said:
KSA is playing the role of illiterate and hypocrite Mullahs (Fazlu, Siraj, etc) of this country in leading the OIC...

Like everywhere else they just meaninglessly bark like dogs and don't know the implications of their barking. After getting kicks they always lick it back.

This is another episode of that stupidity --- and as usual, the Imrani monkeys like you are trying to find means to make them look wiser.
E

Rajarawal111 said:
Like everywhere else they just meaninglessly bark like dogs and don't know the implications of their barking. After getting kicks they always lick it back.

This is another episode of that stupidity --- and as usual, the Imrani monkeys like you are trying to find means to make them look wiser.
Click to expand...

Rajarawal111 said:
Like everywhere else they just meaninglessly bark like dogs and don't know the implications of their barking. After getting kicks they always lick it back.

This is another episode of that stupidity --- and as usual, the Imrani monkeys like you are trying to find means to make them look wiser.
Click to expand...

A man like IK can give such a clear message to KSA and MBS.
dont see ppl like NS, AAZ or SS could ever think of such a stern stance.
I am sure MBS and KSA will have to change their stance on kashmir as a result of this.
H

Muslim league acting like a holier than thou in relations with saudi arabia who have been our brotherley nation
Muslim league trying to show their puppet relationship to saudia as they have personally eaten benefits .can not blame them and also imran khan should be careful as saudis our economic backes.beggers can not be choosers
G

"Chauferi" is that which a mother-effin Lohar did for Pakistan's most corrupt sucker, when Zardari landed in Raiwind for a 70 dish menu, if you remember...

Those scumbags aren't our friends anymore
they can get lost.
You must log in or register to reply here.
Sponsored Link