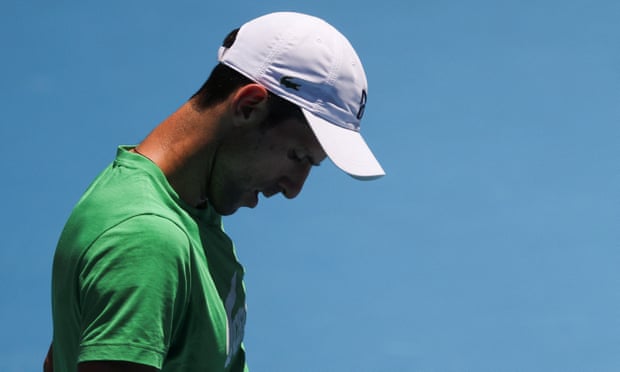 PM says decision is to 'protect sacrifices of Australians' Prime minister Scott Morrison has spoken out on the decision, backing his immigration minister and saying it was done to “protect” the sacrifices Australians have made during the pandemic:

I understand that following careful consideration, action has been taken by the Minister to cancel Mr Djokovic’s visa held on health and good order grounds, on the basis that it was in the public interest to do so.


https://twitter.com/i/web/status/1481894177915150336
This pandemic has been incredibly difficult for every Australian but we have stuck together and saved lives and livelihoods.

Together we have achieved one of the lowest death rates, strongest economies and highest vaccination rates, in the world.

Australians have made many sacrifices during this pandemic, and they rightly expect the result of those sacrifices to be protected.

This is what the Minister is doing in taking this action today.

Our strong border protection policies have kept Australians safe, prior to COVID and now during the pandemic.

The former deputy secretary of the Department of Immigration, Abul Rizvi, was on the ABC earlier, outlining what he thinks will happen next, including the return of Djokovic to detention:


https://twitter.com/i/web/status/1481889974547259392
What that means now is that Novak Djokovic must be taken into detention. I assume he’ll go back to the same detention hotel that he was at previously. I assume his lawyers will now seek judicial review of that decision. And, the court will need to consider whatever application Mr Djokovic’s lawyers make.


https://twitter.com/i/web/status/1481888066772287488
I assume the applications will be for Novak Djokovic to be released in some way, probably directing the minister to release Mr Djokovic on a bridging visa to allow him to play in the Australian Open. The judge would consider that and make a decision

He should immediately contact main sahib for advice on how to stay in the country despite visa being rejected.
T

mian sanp will quick offer qeema nan waiting for U