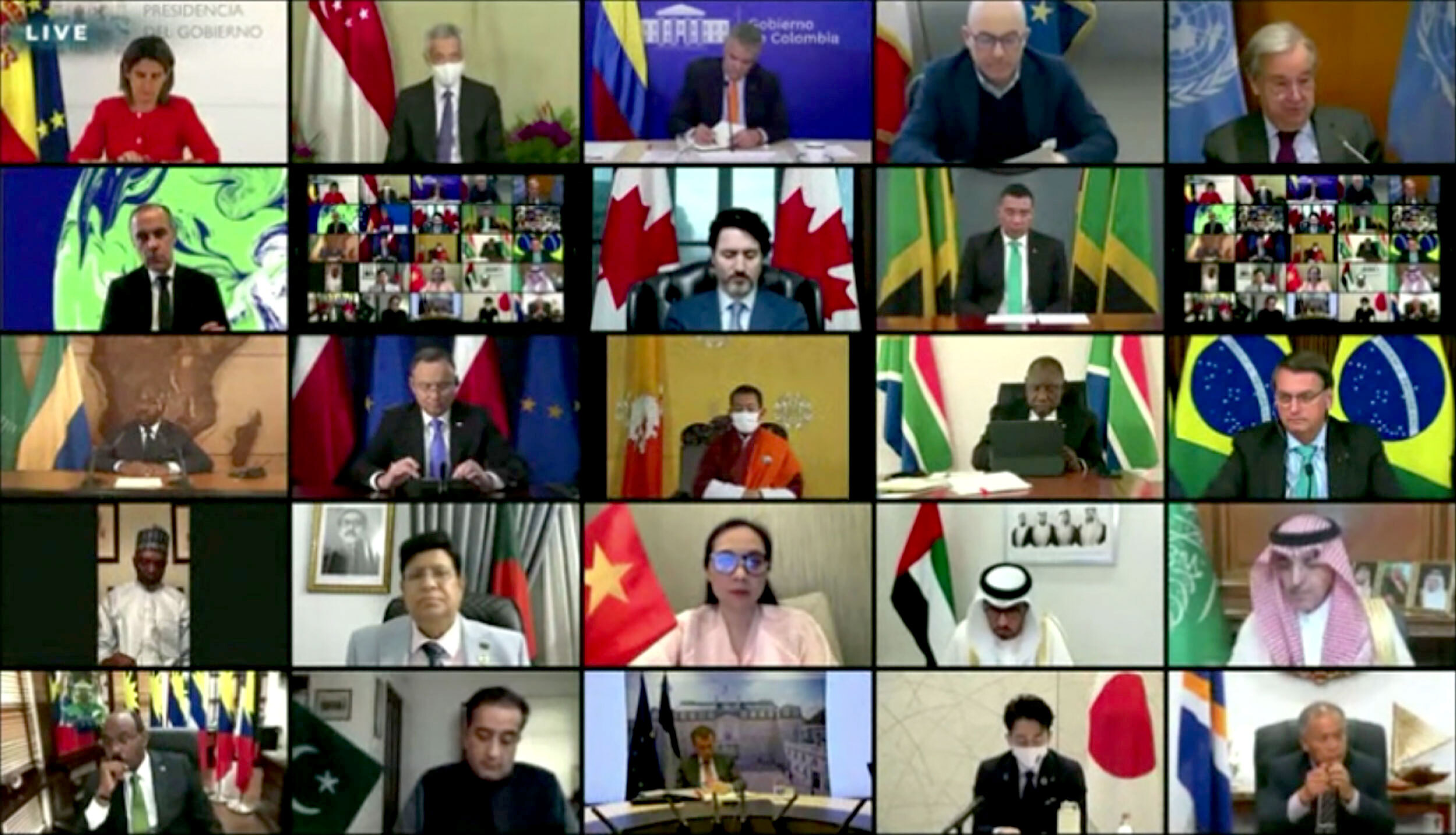 President Biden today kicked off a virtual climate summit attended by 40 other world leaders by announcing an ambitious cut in greenhouse gas emissions as he looks to put the US back at the center of the global effort to address the climate crisis and curb carbon emissions.

Here's a look at the world leaders the US invited to the summit:

President Biden is hosting a two-day virtual climate summit attended by 40 other world leaders to address the global climate crisis and curb emissions. Follow here for the latest.

ISLAMABAD: Pakistan and Saudi Arabia are set to sign an agreement in mid-April to collaborate in environmental initiatives, a senior Pakistani government official has confirmed.

“During our conversation, the Saudi envoy said the Kingdom was open to collaboration with Pakistan and wanted to declare their environmental projects as sister initiatives,” Aslam told Arab News.

“I recommended signing a formal MoU to carry forward such cooperation and the Saudi envoy maintained that we should do it as early as possible. We have already started preparing the draft which will be signed within 10 days,” he added.

• The Green Saudi Arabia and Green Middle East initiatives aim to reduce carbon emissions in the region by 60 percent and plant 50 billion trees in the world’s biggest afforestation project.

• Saudi Arabia will plant 10 billion trees in the coming decades and will be working with other Arab states to plant another 40 billion trees to combat pollution and land degradation.

“Am delighted to learn of ‘Green Saudi Arabia’ & ‘Green Middle East’ initiatives by my brother, His Royal Highness Crown Prince Mohammed bin Salman!” Khan wrote on Twitter last week, adding: “Have offered our support on these as there are many complementarities with our ‘Clean & Green Pakistan’ & ‘10 Billion-Tree Tsunami’.”
Khan was referring to his government’s ambitious five-year tree planting program launched in 2018, with the aim of countering rising temperatures, flooding, droughts, and other extreme weather issues in the country that scientists have linked to climate change.
In a letter to the crown prince, Khan said that while Pakistan and Saudi Arabia already maintained close cooperation on climate change issues at multilateral forums, “a meaningful and structured bilateral engagement can help advance our shared vision and create mutually beneficial opportunities for partnership.” ISLAMABAD: Pakistan and Saudi Arabia are set to sign an agreement in mid-April to collaborate in environmental initiatives, a senior Pakistani government official has confirmed. The collaboration comes after Pakistani Prime Minister Imran Khan last week welcomed the recent Green Saudi Arabia and...