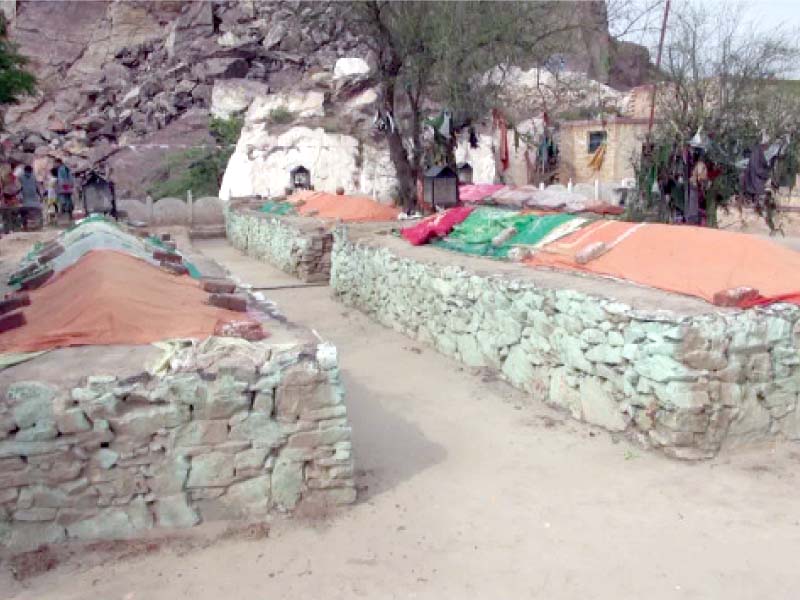 From the recognition of giant footprints in Sri Lanka to the discovery of ancient graves big enough to endorse Gulliver’s fictional tales of Brobdingnag, there has been sufficient evidence over the years to suggest the existence of astoundingly tall people in the past. However, where other evidence is few and far between, the vast, nine-yard graves locally known as Nau-Gazas, have long been a worldwide phenomenon for hundreds of years. These graves, many of which are located in parts of the sub-continent as well as South Asia, Middle East and Europe, have been subject to a variety of folklores which vary from region to region.

In Pakistan, these gigantic graves are popular in various parts of the country but the longest among them are said to be in the historic cities of Gujrat, Sialkot and Chiniot. Regarding the two nine-yard graves in Gujrat, it locally believed these were the burial places of sons of Adam--the first man and prophet of Abrahamic religions. Whereas, it is popular about the graves in Chiniot and Sialkot that they belong to Muslim warriors from 757 AH, who had journeyed to the subcontinent from Madina to rival the Hindu raja Salwan. As per local belief, these men had migrated to the subcontinent to preach Islam, where they eventually died in their service to religion; making the city on the banks of River Chenab their eternal resting place.


According to Omar Din, the caretaker of a Nau-Gaza shrine in Chenab area, the Nau-Gaza Pir who allegedly lays there, was martyred in war against the Hindu raja while his comrades were also captured and killed in different parts of the province. “Although I was sent to serve at this particular shrine by my mentor Qalandar Pak, there are many such graves in various parts of Punjab. They belong to the comrades of the Nau-Gaza Pir,” shared Din. Similar stories also follow the graves of Sialkot’s Nau-Gaza Pir, who is similarly said to have waged a war against the local Hindu reign. Known as Imam Aliul Haq or Imam Sahib, the pir had brought with him an army of some 313 men, many of whom were known to be astoundingly tall. On the other hand, another nine-yard grave in the ancient Barla Sharif village of Gujrat, is widely believed to be the resting place of Qanbeet, the son of Prophet Adam. Similarly, there is also local recognition of the existence of a few other Nau-Gaza elders in Lahore, Pakpattan and Sheikhupura, who like the rest, were also preachers of Islam and thus amass hundreds and thousands of devotees from around the country to-date.

Given the repeated mention of towering men in various Abrahamic traditions, it is not too difficult to conjecture that these gigantic graves possibly belong to the gargantuan men of the past. But since no historic records exist for these graves, there is little surety in saying who or what actually lays beneath. Interestingly, according to archaeologists who have unearthed and studied over 4000 year-old human skeletons and artifacts, there exists no known record of nine-yard men or even close. Offering a more plausible explanation, archaeology describes this phenomenon as mass graves from times of war and epidemic. “At times, especially during war, several bodies would be buried together in mass graves and often along with a flag, which also explains the length of these graves,” explained local archaeologist Afzal Khan.

The long standing mystery of Nau-Gaza graves | The Express Tribune

Shias have corrupted this beautiful Deen by promoting these shirkana practices on graves.
You must log in or register to reply here.
Sponsored Link