"The Most extra ordinary story in aviation from Pakistan" CNN 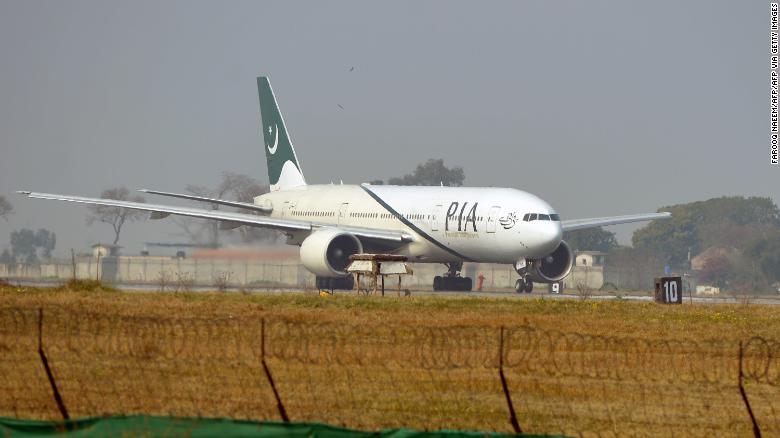 Islamabad, Pakistan (CNN)More than 30% of civilian pilots in Pakistan have fake licenses and are not qualified to fly, the country's aviation minister revealed Wednesday.

Addressing Pakistan's National Assembly, Ghulam Sarwar Khan said 262 pilots in the country "did not take the exam themselves" and had paid someone else to sit it on their behalf.

"They don't have flying experience," he said.

Pakistan has 860 active pilots serving its domestic airlines -- including the country's Pakistan International Airlines (PIA) flagship -- as well as a number of foreign carriers, Khan said.

PIA has grounded all its pilots who hold fake licenses, effective immediately.

"PIA acknowledges that fake licenses is not just a PIA issue but spread across the entire Pakistani airline industry," spokesperson Abdullah Khan said, adding that some of the fake pilots also fly for foreign carriers.

The results of the investigation were announced Wednesday as part of a preliminary report into a plane crash that killed 97 people in the southern city of Karachi on May 22. The PIA plane crashed after taking off from Lahore, killing all but two of the passengers and crew on board.

Khan did not clarify if the two pilots on flight PK 8303 held fake licenses.

According to the report, the pilots were chatting about the coronavirus and repeatedly ignored warnings from air traffic controllers before the plane went down in a residential area near the airport.

"The pilots were discussing corona throughout the flight. They were not focused. They talked about the coronavirus and how their families were affected," Khan said, adding that the pilots were "overconfident."

According to Khan, the pilots were told three times by air traffic controllers that the plane was too high and they should not attempt to land, "but the captain did not pay any heed to these instructions."

The pilots proceeded with trying to land -- without lowering the landing gear.

"The aircraft touched the runway surface on its engines," the report said. The engines scrubbed the runway, causing sparks and irreparable damage.

The pilots pulled the plane back into the air, but the damaged engines failed and caused the plane to crash, according to the report.

More than 30% of civilian pilots in Pakistan have fake licenses and are not qualified to fly, the country's aviation minister revealed Wednesday.

and yet these pilots are still flying planes endangering peoples life....
M

Despite all of this embarassment
Khan Govt put the truth right in front of the people
and we thank him for that!
S