All the criminals of Pakistan are still welcome
A

I bet Kala Tafu will not be deported.He is a asset for the British intelligence like Nawaz Dakoo.
R

LONDON: The UK signed a major deal with Pakistan on Wednesday, under which foreign criminals and immigration offenders from the UK can be returned to Pakistan.

UK Home Secretary Priti Patel hailed the development on Twitter, saying that “I’m proud to have signed a new landmark agreement with our Pakistani friends to return foreign criminals and immigration offenders from the UK to Pakistan. This deal shows our #NewPlanForImmigration in action, as we deliver for the British people”.


https://twitter.com/i/web/status/1559889609454243842
“I make no apology for removing dangerous foreign criminals and immigration offenders who have no right to remain in the UK. The British public have quite rightly had enough of people abusing our laws and gaming the system so we can’t remove them,” the statement quoted Ms Patel as saying.

“This agreement, which I am proud to have signed with our Pakistani friends, shows the New Plan for Immigration in action and the government delivering.”

Legal expert says agreement will allow Britain to deport ‘unwanted persons’, even those who have no ties, to Pakistan
Click to expand...

“Our new Borders Act will go further and help end the cycle of last-minute claims and appeals that can delay removals.”

A statement from the Pakistani High Commission said: “The agreement renews and updates, in a bilateral context an earlier agreement between Pakistan and the European Community regarding readmission of persons residing without authorisation concluded in Oct 2009. The bilateral agreement was necessitated by the exit of the UK from the European Union.”

A photo tweeted with the announcement showed Ms Patel at a signing ceremony with Interior Secretary Yousaf Naseem Khokhar. A statement said the home secretary met with Mr Khokhar and the Pakistan High Commissioner to the UK, Moazzam Ahmad Khan, to sign the reciprocal agreement.

Under the new plan, Pakistani nationals with no legal right to remain in the UK, including criminals, failed asylum seekers and immigration offenders, will reportedly be removed.

The statement said Pakistan nationals make up the seventh largest number of foreign criminals in prisons in England and Wales totalling nearly 3pc of the foreign national offender population.

“The agreement underlines both countries’ ongoing commitment to tackling the issue of illegal migration and the significant threats it poses to both nations. The agreement also includes ongoing work to improve and expand UK-Pakistani law enforcement cooperation,” it said.

Though Pakistan has demanded an extradition treaty with the UK for years, this agreement falls short of that. Some lawyers see it as a blow to Pakistan, which may now see an influx of deported criminals from the UK — even those who have never visited Pakistan.

“This is a very negative step for Pakistan,” UK-based immigration law expert Mohammad Amjad told Dawn. “Last year, the Pakistani government was presented with this deal and refused to sign it, because fundamentally it will allow serious criminals to be deported to Pakistan without critical information sharing. This will present huge problems for Pakistan.”

Mr Amjad cited the case of Sohail Ayaz, a convicted pedophile and child abuser who was deported to Pakistan from the UK, but exploited the absence of an information-sharing mechanism and continued his criminal activities in Pakistan. In 2019, he was arrested for the rape and assault of upto 30 minors, despite being convicted of similar offences by a UK court in 2008.

He said: “Such issues will increase. Some criminals may be deported who have no links to Pakistan, and they will pose an even greater threat as they have no family network once they are sent back. The only beneficiary is the UK.”

The deal with India, however, was more of a migration partnership deal, which allowed young British and Indian nationals to work and live in each other’s countries. 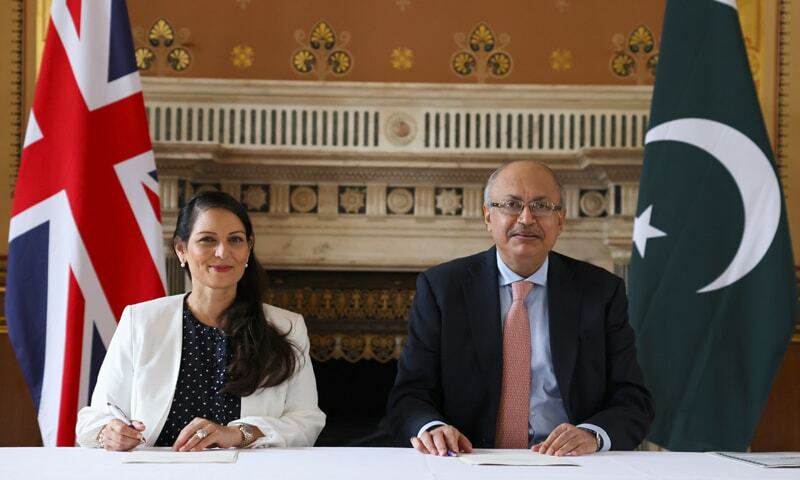 Legal expert says agreement will allow Britain to deport ‘unwanted persons’, even those who have no ties, to Pakistan.
www.dawn.com

why do most fugitive billionaires consider Britain the safest hiding spot?

PTI's Government was trying his best level for this agreement.

Premium Member
Become a premium member
so nawaz will be forced to send back?

Masud Rajaa said:
so nawaz will be forced to send back?
Click to expand...

not criminals. only immigrants supporting PTI