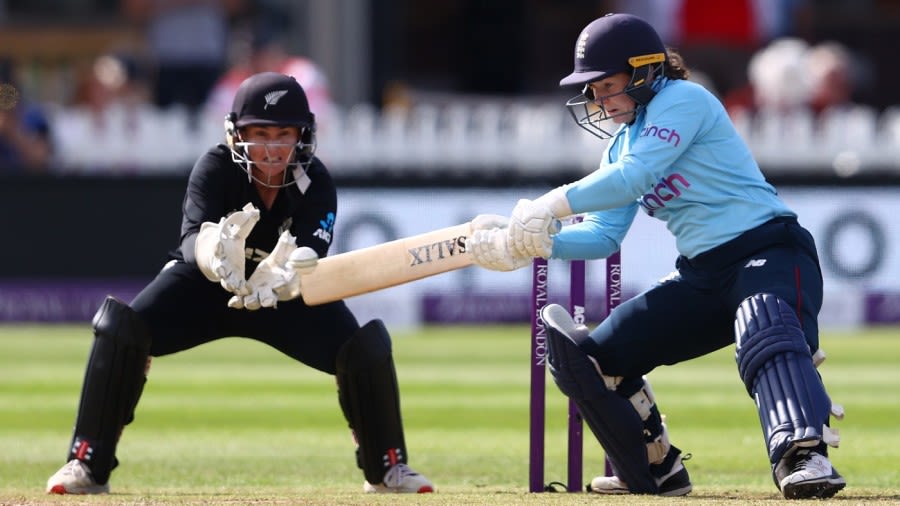 The third ODI of the series between England and New Zealand looks set to go ahead in Leicester after a security threat was deemed by NZC to be "not credible".


ESPNcricinfo understands that a member of the New Zealand team management was contacted and told that a bomb would be placed at the team hotel. It is understood they were also warned of an attempt to place a bomb on their plane when they return to New Zealand.


As a result, the team went into lockdown on Monday, and the police and counter-terrorism agencies were called in. It looked for a few hours as if the match would be called off, given that the New Zealand team did not train at Grace Road, although an NZC spokesman subsequently stated that they had not been scheduled to do so in the first place.


The spokesman added: "As has been reported, the ECB have received a threatening email relating to NZC. Although this did not specifically reference the White Ferns it was treated seriously, investigated, and deemed not credible.


"The White Ferns have now arrived in Leicester and, as a precaution, security around them has been boosted. Reports their training has been cancelled are false. They were not scheduled to train today as it was a travelling day. NZC will not be commenting further on the matter."


Some players are still understood to be apprehensive, however.

There may be some raised eyebrows at the news from Pakistan, in particular. England and New Zealand have both called off tours to Pakistan in recent days, with NZC citing a specific security threat, and the ECB conceding that "concerns about travelling to the region" were a factor in their withdrawal on player welfare grounds. The PCB will, no doubt, be asking why this threat in Leicester was not deemed credible but the one in Pakistan was.


ESPNcricinfo understands that the British High Commission and the security consultants (ESI Risk) used by the ECB and NZC both considered the security protocols put in place ahead of the trip to Pakistan to be satisfactory.

An ECB spokesman said that they would be offering no further comment on the matter.

arifkarim said:
main cause of them departing Pakistan was defarting
Click to expand...

don't Play international Cricket. restructure your domestic cricket. Make it entertainment for Public like australian football or US Baseball

I actually agree to this point of view, we dont have to be obsessed with playing with others all the time. If someone comes, thats fine otherwise say FO.

You degrade yourself by begging them to play with you.

Cricket is a dying game in the UK. Virtually no young person is interested in it.

arifkarim said:
So now it's proven beyond doubt that security threat to New Zealand cricket team was not the main cause of them departing Pakistan

basically fkcu the icc and intnl cricket, pakistan k andar 2 tier cricket rakho, for od's and t20's. 1st tier of 6 teams, 2nd tier of 6+ ( as many to keep most domestic players in circuit)... make 2 memorable trophies, od Jinnah Trophy, t20 Iqbal Trophy. make it a spicy tournament, with some good rules and regulations with pro coaches and setup. and ppl will come running to watch, and icc will come running to beg... ye bsdk kuch zyada hi shoukhay ho gaye hain... bc khailo aur kam team'on k saath, intnl cricket will die out as it is, why drown with it, jump out and swim to an island while you can and make it a heaven... very doable... we fans have to support, purchase tkts, streams, etc to help generate revenue...
Y

Jazbaati said:
Cricket is a dying game in the UK. Virtually no young person is interested in it.
Click to expand...

Thanks Look at this blessing in disguise
Z

AbbuJee said:
You degrade yourself by begging them to play with you.
Click to expand...

I agree with you, those who are willing to travel to our country to play should be welcomed but for those who are not, to preserve our dignity and honour under no circumstances must we visit them to play them. The rule should be play on our soil first and then we will decide whether we visit you. No more humiliations, as for those people who think we should not play international, this is exactly what kaffir india has been praying for which is why we have to play international games but on our terms.
S

I may offend many but why this obsession with cricket anyway .....
Don’t Pakistanis realize that cricket has swallowed all other games in Pakistan......
Football is fun and needs supreme fitness ....
We should concentrate on other sports in our uni and domestic arena .....
Z

I know our young people have immense talent if only they were given a chance and supported, there are thousands of sports not just cricket, give children in our country access to every other sport as well, support them and help them, we have an unhealthy focus on just cricket, how many of our children know that the national game is supposed to be hockey. Our country puts a team forward for just one sport as if we lack talent or skill in anything else. As a country we are restricting the development of all our athletes and gymnasts etc to our own nations detriment.
You must log in or register to reply here.
Share:
Facebook Twitter Reddit WhatsApp Email Share Link
Sponsored Link