Expect more Blackmailing Videos in the near future... 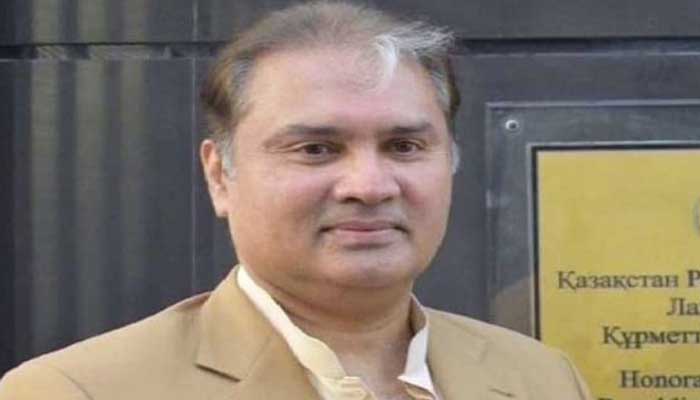 Janjua reached London accompanied by another family member, a reliable source said. Janjua, however, did not respond to questions by this correspondent. A source close to Janjua said that he decided to leave Pakistan after the case was transferred to an Anti-Terrorism Court (ATC).

“Nasir Janjua is innocent and has nothing to do with the video case of judge Arshad Malik. He was arrested and hounded without a case against him. After the case was transferred to ATC, it became apparent that he would be victimized more so he thought it best to leave Pakistan for now,” the source said, adding that he will be returning to Pakistan at an appropriate time.

“He is out of Pakistan only for a few weeks and would be returning soon,” the source added. The source further said that the Counter-Terrorism Wing (CTW) of FIA had filed an application seeking the transfer of the case to ATC for political reasons and it was clear that the case was being dragged out to prevent the course of justice.

Judge Malik had convicted former prime minister and Pakistan Muslim League-Nawaz supremo Nawaz Sharif in the Al-Azizia reference in 2017. PML-N leaders had released a video on July 7, 2019, at a press conference, in which the former accountability judge had confessed to having convicted Nawaz under duress.

In the video, allegedly made by British-Pakistani Nasir Butt, the former accountability court judge had said that he was "blackmailed and forced" to give a verdict against the former premier. Initially, the cyber crime circle of the FIA probed the case and arrested three suspects identified as Nasir Janjua, Khurram Yousaf and Mahar Ghulam Jilani.

The FIA had later absolved all of them after a preliminary investigation established that they had nothing to do with the secret video recording of Malik. The judge had lodged a complaint and the FIA had then transferred the investigation to the CTW which arrested two suspects, including Hamza Butt, a nephew of Nasir Butt, who had accompanied his uncle to meetings with the judge.

In his affidavit, Judge Malik had denied the party’s claim that he had been blackmailed by PML-N supporters through an “immoral video”. He also admitted to meeting with Nawaz at the Jati Umra residence and with Nawaz's son, Hussain Nawaz, in Saudi Arabia. In London, Butt contacted an English forensic firm which confirmed that the video of the case was genuine and original.

The forensic report has been verified and attested by United Kingdom’s Foreign and Commonwealth Office as genuine but the High Commission of Pakistan has refused to attest the report, saying that the Foreign Office in Islamabad has asked the diplomats not to attest the video.

Butt had alleged that the High Commission was under pressure not to attest the forensic report. He had said that he has several more videos. After the video scandal broke out in Pakistan, Judge Malik accused Janjua of offering him a bribe to acquit Nawaz. Janjua had denied the allegation and stated that the judge was making up allegations to hide his own role. 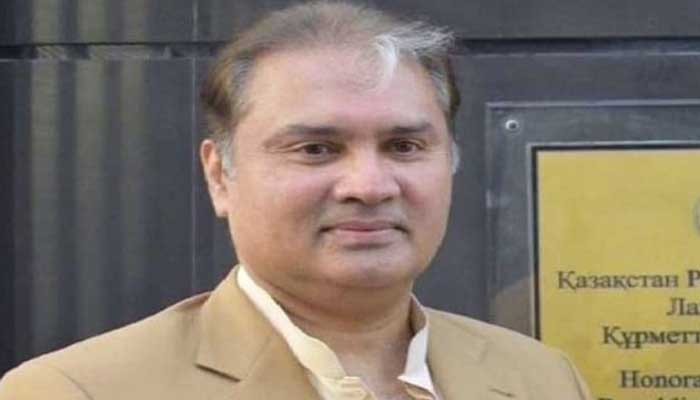 Expect more Blackmailing Videos in the near future...
Click to expand...

Shareef Mafias telling..giving hopes.. keeping alive Thiers corrupt.. disappointed.. fearfull leaders.. financial backers.supporters on three narratives since Two years..
1:LHC..IHC.. few in SC judges are with us.we will have favor verdicts.
2:IK will disqualify in PTV.. Parliament attack case..
3:PTI will ban in foreign funding case..and these cases have Army bakcing..
And Yesterday when IK was cleared from PTV.Parlaiment case(which was expected as IK is not leading the TUQ supporters).. Pmln Mafias Painic button was pressed..I am sure Pmln will finish forever.Fazulo will contained in future (Fazulo Shaitan already irrelative in NA.Senate.KPK..FATA)
Any body who with Shareef mafia will gone in dust..
T

Nahi Bhai..Panjabi Shareef Mafia was so strong in Panjab..It's not easy to eleminate them..but time has started..You will see in next any election.. Shareef mafia will be in history..
A

Lot of Audios videos in Pipe line . To mount pressure Ganja will use it.
For Ayaz Sadiq order came from London for sure.
J

aneeskhan said:
Lot of Audios videos in Pipe line . To mount pressure Ganja will use it.
For Ayaz Sadiq order came from London for sure.
Click to expand...

I heard that some generals supporting this bastard . Those generals will be retired in 10 December then new team will be in favor of General Bajwa and IK khan . This is what we came to know . Maybe this all will be wrong but just one news came to know .
D

Its not Gen Bajwa but some other generals supporting this NS with the support of Saudi Areb and some other Areb countries . I wish it’s not true but just new story listened today .
D

ali_786 said:
Its not Gen Bajwa but some other generals supporting this NS with the support of Saudi Areb and some other Areb countries . I wish it’s not true but just new story listened today .
Click to expand...

NS will go down in history as a traitor, absconder, money launderer, liar and a miserable creature who wanted to be amir up momineen and ended up amir us shiateen. Pity on him, piya, nihari and all qeema sarkar.
You must log in or register to reply here.
Share:
Facebook Twitter Reddit WhatsApp Email Share Link
Sponsored Link